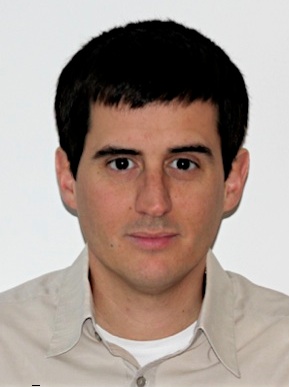 Marc Carreras is Associate Professor in the Computer Engineering department at Universitat de Girona (Spain), and member of the Computer Vision and Robotics institute working in the Underwater Vision and Robotics laboratory (http://cirs.udg.edu). He holds a B.Sc. degree in Industrial Engineering (1998) and PhD in Computer Engineering (2003, Best PhD award) from the University of Girona. He has participated in several European projects (FP7 STREP “TRIDENT”, FP7 STREP “PANDORA”, FP7 IP “MORPH”, FP7 EUROFLEETS “CALDERA 2012”, FP7 “SUNRISE”, H2020 “EXCELLABUST”, H2020 “STRONGMAR ») about autonomous underwater robotics. Since 1999, he has participated in 16 research projects (7 European and 9 National), he is author of more than 90 publications, and he has supervised 3 PhDs thesis (4 more under direction). He leaded the participation of VICOROB in SAUC-E (Student European AUV competition) in 2006 (1st prize), 2010 (1st prize), 2011 (2nd prize) and in euRathlon underwater competition 2014 (1st prize) and 2015 (1st prize). His research activity is mainly focused on underwater robotics in research topics such as intelligent control architectures, robot learning, path planning, AUV design, modelling and identification. Dr. Carreras is member of the IEEE RAS and OES Societies. 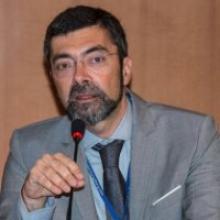 Andrea Caiti was born in Naples in 1963. Since 2007 he is Full Professor of Automatica (Systems and Control) at the University of Pisa, Italy. Before, he has been a staff Scientist at the NATO SACLANT Undersea Res. Ctr. (currently CMRE), La Spezia, Italy and Adjunct, Assistant and Associate Professor at the Universities of Genova, Pisa and Siena, respectively. He currently teaches the courses of Automatic Control, System Identification, Underwater Systems. His scientific interests are in the field of marine robotics and underwater acoustics, identification and estimation of nonlinear systems, system theory. He is/has been responsible of numerous research projects funded by the European Union or by National Agencies. he has edited 4 research books, and he has published more than 70 refereed papers in international journals or as book chapters, and more than 150 papers in conference proceedings.

In the framework of the 10th edition of :